Overige Civfanatics center nieuws
CivFanatics 15 oktober 2013 om 18:41 #1
A new DLC pack is to be made available today for Civ5; 'Scrambled Continents'. Kate Distler of 2K Games has provided the following information about both the 'Scrambled Continents' and forthcoming 'Scrambled Nations' packs in a blog on the 2K Games website: Good morning Civ fans! 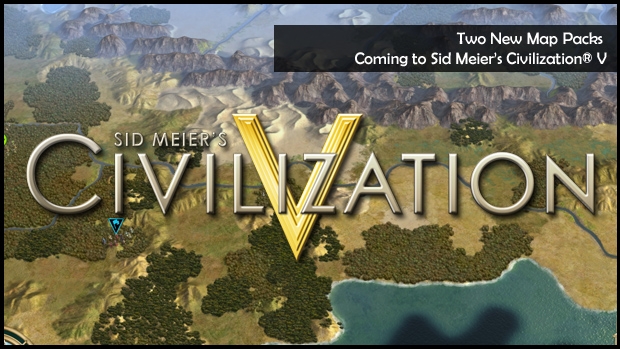 The Scrambled Continents map pack gives fans a new way to play Civilization V where they will use a wide variety of real-world geographic locations as the backdrops for their games. While the familiar outline of the continent’s geography stays constant, the interior landscape changes each time you play, resulting in endless replayability and countless plausible scenarios. The maps included in Scrambled Continents are Africa, Eastern Asia, North and South America, Western Europe, the Middle East, a thawed Antarctica, new scripted maps for Small Continents, Oceania, and one map including all of Earth’s continents.

The upcoming Scrambled Nations map pack will be available from participating digital retailers on November 5, 2013, also for $4.99.

Inspired by the Scramble for Africa scenario that was part of the Civ V expansion, Sid Meier’s Civilization V: Brave New World, these map packs include authentic geographic outlines with randomized interiors, giving players even more ways to “one more turn” their way to world domination within Civilization V.

The DLC, the first for Civ5 in over two years, is now available on Steam, priced at $4.99 in the US and 4,49€ in Europe. The following description is given:

The Scrambled Continents map pack includes real geographic locations with special scripts that produce randomized interiors each time a new game begins. While the familiar outline of the continent’s geography stays constant, the inner heart of the world changes each time you play for endless replayability on countless plausible worlds. Maps include Africa, Eastern Asia, North and South America, Western Europe, the Middle East, a thawed Antarctica, new scripted maps for Small Continents and Oceania, plus one map including all of Earth’s continents.

And Dennis Shirk has the following to say about the pack:

Quote:
Thanks to forum members Falk and Ikaros33 for the news tips.