The Civfanatics Civ5 War Academy is into its development phase, and as part of this concept initiative we are thrilled to announce a Contributors’ Competition! Prizes on offer are:

Prizes have been provided by Civ5 Lead Producer Dennis Shirk from Firaxis Games, so many thanks to Dennis and the Firaxis team!

To enter the competition, go to this page and join the ‘Civ5 War Academy Contributors’ group. This will give you access to the Civ5 War Academy Discussions forum. Then, choose a topic from the Article Topic Index and try your hand at writing an article. 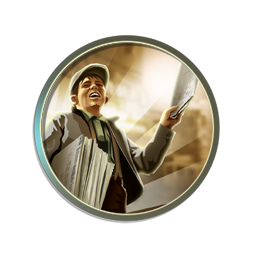 Everyone who writes an article will go in the draw to win:

Additional prizes will be given for those that contribute the most articles, or the best article:

With the release of the relatively small August patch earlier today, we’re looking to really get stuck into putting things together. Even if you don’t feel equipped to write an article by yourself, we’d love you to join the group to participate in the collaborative editing process.

The competition draws to a close on the 12th of September 2011.